I enjoy performing on the oboe and teaching oboe lessons.  I started playing at age twelve after switching from the clarinet.  I immediately liked everything about the oboe, especially the sound.  In those days, beginning oboists made their own reeds and I was intrigued with the whole process.  I remember having a chart on my bedroom wall tracking the progress of each reed.  I also remember playing the beautiful opening solos of “Amahl and the Night Visitors” in a school production when I was in the sixth grade. 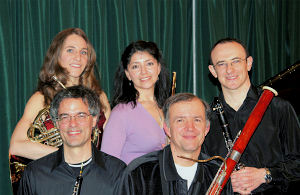 I continued with the oboe through high school, which included playing in Massachusetts All State Festivals and the Greater Boston Youth Symphony Orchestra and then went on to college and graduate work in music.

My background includes study with Ronald Roseman (of the New York Woodwind Quintet and New York Philharmonic), who I met as a scholarship student at the Aspen Music Festival in 1972 and who I continued working with at Sarah Lawrence College and then on the Masters program at Stony Brook, which I completed in 1977.  Since then, I have played with a wide range of performing groups, including the Manhattan Chamber Orchestra and Choir of Sacred Music, the Bach Aria Group, and Lazar Gosman’s Tschaikovsky Orchestra.  I’ve been teaching the oboe privately since 1976.

After returning to school and completing the DMA program in oboe performance at SUNY Stony Brook in 1996, where I studied with Steve Taylor, I bought a house in Stony Brook close to the University with a studio where I teach.